The Tale Of The Strangest Market

I must admit, writing this article I can’t help but wonder if my data isn’t incorrect.  The back story here is that I follow the inventory data pretty closely for my local marketplace.  (Contact Tim here) And as is the case every month, 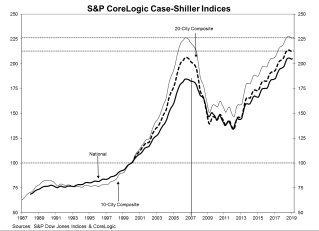 I look at how many active and pending listings there are, as well as the past one and two month closed sales totals.  I also track the percentage of the whole market that is under contract as this is a good leading indicator or future closings.  This month’s numbers are just plain confounding.  Let me explain…

Looking year over year, the Conejo Valley inventory is down 12% from a year ago.  Pending sales are also down 8%.  I suppose it could be that these two are tied together.  It stands to reason that if there are fewer homes for sale, there will be fewer pending sales.  Kinda makes sense.  If there’s nothing to buy then there’s fewer to close.  OK, maybe… What makes this even more confusing is the closed sales data.  Looking at June and July (contracts written April-June) year over year, sales are up, and by no small margin.  June and July combined sales are up 12% year over year.  July sales alone were up a whopping 20%.  I suppose it’s possible that buyers just bought up all the inventory and people haven’t listed to replenish it, but that frankly, is strange and difficult to believe.  Yet there it is.

Low inventory is nothing new.  (Find your dream here) We’ve been dealing with low inventory since the Great Recession broke. Then we had a surplus.  But it’s strange that more people aren’t selling.  There’s been a lot of speculation as to the reasons for this.  For a time the thinking went that because many people had the  very low interest rates of a few years ago, the cost to move up not just higher on price but also the cost to finance.  But that isn’t really true any longer now that rates have come down to 2016 levels.  Some have suggested the lack of inventory is creating its own shortage; making its own weather so to speak.  In other words, if there’s nothing to buy, why would I sell what I have and end up homeless?  This then leads to fewer listings and it creates and perpetuates a continued shortage.  Others still, point to the changes in the tax laws that reduced deductibility 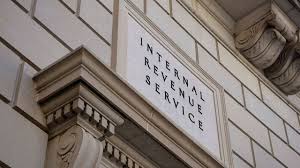 of one’s top mortgage amount by 25%.  We do know for example the new tax laws capping state and local income tax (SALT) deductibility to $10,000 do not favor the wealthy in states like California.  Anyone who can afford to buy a $1,000,000 home, has to realize that the new law won’t even allow them to deduct all the property tax let alone the state income tax someone at the required-to-qualify income level, would have to pay.  I really believe that is impacting the high end where sales volume is way off.  The thing is though, if inventory is tight, the economy is pretty good and rates are low, homes should be selling fast.  But they aren’t.  So why aren’t homes flying off the shelves?

The Conejo Valley currently boasts 2.9 month’s inventory.  Said another way, if no new listings came on the market, it would take 2.9 months to sell all the homes available.  By virtually every measure, this is a seller’s market, it’s just that the buyer’s don’t  know it.  As I mentioned, homes aren’t selling as quickly as they were.  Most attribute this to an affordability crisis; that incomes haven’t risen at the same pace as home prices and buyers are suffering from price fatigue.  Thus we see prices are down in most areas and so are sales.  In fact, only 32% of all available homes are presently under contract.  This is a little lower than last year and an indication of slower activity.  As a point of reference, we dipped briefly below 30% in January but January is a tough read since so many days are lost to holidays.  Admittedly, August is the slowest month of the year and in fact, July has been pretty weak the past few years too.  I attribute this largely to back to school shopping, end of summer vacations etc.  Locally school starts before the 3rd week of August which is why July has become a slow month too I figure.  It used to be school started either right before or right after Labor Day.  But no more.  Anyway, whether it’s the political climate, the economy, affordability or any other host of excuses, it’s a strange market when closings from contracts written in late spring are exceeding the previous year, while actives and pendings are well below.  Time will tell as it always does, if this is a short term blip or a precursor to a more ominous market or even a forth coming recession.

Tim Freund has been a licensed real estate agent/broker since 1990. He spent 14 years as a new home sales rep, ran his own boutique resale brokerage for 5 years and is currently an Estates Director for Dilbeck Estates/Christie's International Estates in Westlake Village, Ca. Tim is a Certified Residential Specialist (CRS), an Accredited Buyer's Representative (ABR), a Corporate Mobilty Specialist (CMS) and a Senior Real Estate Specialist (SRES). Tim has successfully negotiated a loan modification for a client and has been a professional short sale negotiator. Tim sells along the Los Angeles and Ventura County lines, “from LA to Ventura..”. Tim has been married 31 years, has 2 children, is a native Californian and has been a resident of the Conejo Valley since 1991.
View all posts by Tim Freund →
This entry was posted in Home Buying, Home Selling, Market Conditions, Real Estate, Recession, Tax Reform, Tim Freund and tagged #christiesinternationalrealestate, #luxuryportfolio, #LuxuryRealEstate, #taxcuts, Economics, real+estate. Bookmark the permalink.