What The Heck Kind Of Market Is This?

I have some clients that just love real estate.  They watch HGTV and Millionaire Real Estate Agent, Fix and Flip etc.  They are on Zillow or Redfin all the time, it’s a passion for them yet when it comes time to buy or sell, they’ll call me because no matter how much they learn online, they don’t want to mess with a major financial decision without a professional’s help.  “The Real Estate Guru” one young client said his parent’s call me.

One of the things that I help my clients with is interpreting the market.  For example, a couple of my clients are convinced we are in a bubble, rates are going to rise and the market is due for a correction.  That would be great for them as buyer’s… if only it were true.  As you probably know if you follow my writings, I am a stat guy.  I follow my local numbers as close as anyone except maybe my friend and manager Chuck Lech (checkout the LechReport here). He’s given me some great data this month and I’d like to interpret that data for you.

Allow me put on my speculation hat for a moment.  We know interest rates have risen over the past year.  We also know we live in an area that has not seen substantial income growth.  I’m thinking part of the problem is that homeowners with homes in the sub $750K are finding it difficult to make the move into their natural next place, the $750K-1M range so they aren’t selling (see homes that have recently sold in this price range here).

This explains in part why the inventory is acutely low under $750K.  While this could be purely about affordability it could also be that they don’t like the home selection in this range as much as the home they currently own. That, coupled with a higher interest rate thus higher cost of ownership, why move?  I suspect this is magnified in the west end towns of our Valley like Newbury Park and Thousand Oaks west of the 23 freeway.  Why?  Perhaps this is a result of higher paid employment in LA; you know, Los Angeles city pay vs. local employment.  People living in the east end of the Conejo Valley, commute to Los Angeles where incomes are higher.  The recent Rotary/CLU Economic Forecast breakfast made it very clear that income growth, job growth and population growth in Ventura County is basically stagnant.  We have an aging population as younger people can’t afford to live here especially in the Conejo Valley.  While zero population growth may be the most concerning in the macro picture, slow job and income growth hits us in the wallet and that’s about as micro as you can get.  Looking at the rise in demand/shortage of inventory for the $1-1.5M range, I’d suggest that perhaps those buyers have experienced superior income growth and/or superior price appreciation for existing homeowners.  Not coincidentally, there’s a greater concentration of these properties in the most eastern edge of Ventura County and into Agoura and Calabasas.

Whatever the reason, the fact is you’d have to go back to 2005 to find more sales between $1-2M than we had in 2016.  With demand obviously high and inventory declining, one has to conclude there will be upward pressure on prices.  Supply and demand is a lot like gravity.  We might think we can defy it for a moment, but eventually it catches up with us.

To the question of are we overheated or over valued (are we in a bubble?), I’d say no. Lending is still very restrictive so only qualified people are buying. Moreover, I’ve just speculated on why some ranges are stronger than others but to the greater question of inventory, we can’t forget 2 important facts affecting California inventory: We stopped building for the better part of 6 years from 2007-2013 so our natural growth of supply is way, way behind historical averages and foreclosures. By some estimates, this number is in excess of 700,000 units. This trend (Allow me to remove my speculation hat and climb on my soapbox for a sec…) is unfortunately worsening in Ventura County as a result of poor land governance by local municipalities and by the NIMBY (Not In My Back Yard) mentality. As recently as two weeks ago the City of Camarillo turned down a proposal to build much-needed homes at the bottom of the Camarillo grade. 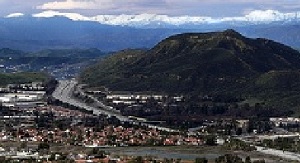 Reasons cited were traffic
concerns and the loss of the “Gateway” view of a farm field (immediately adjacent to an existing subdivision mind you) entering the Camarillo plain. This fool’s errand ignores that traffic is increased by not building not the other way around. In fact, the CLU group stated that as a result of slow growth policies, 80,000 cars travel into the Conejo Valley while just 40,000 leave every day. This is because there’s insufficient housing closer in but no shortage of employment. Another reason most people are unaware of, is that our supply was shrunk incalculably by the banking industry’s behavior during the financial crisis. Just as the real estate market was showing signs of stabilizing, say around 2012, major lenders, their books filled with defaulted properties, decided it would be better for them to sell off the foreclosed assets in bulk sales to investment firms and hedge funds like Blackstone and American Homes (located right here in Agoura Hills). These firms converted large numbers of foreclosed properties into rentals. They fixed them up and they rented them creating privately held or publicly traded REIT’s (Real Estate Investment Trusts). To be clear, we are talking about thousands of homes in California alone. These homes are for all intents and purposes were permanently removed from the saleable population because of strict Wall Street guidelines governing REITs.
When you add all this up you get a picture where affordable housing is disappearing. Inventory is going to remain tight and until such time as we find ourselves in a recession, nothing is going change this course nor slow price appreciation down.

Tim Freund has been a licensed real estate agent/broker since 1990. He spent 14 years as a new home sales rep, ran his own boutique resale brokerage for 5 years and is currently an Estates Director for Dilbeck Estates/Christie's International Estates in Westlake Village, Ca. Tim is a Certified Residential Specialist (CRS), an Accredited Buyer's Representative (ABR), a Corporate Mobilty Specialist (CMS) and a Senior Real Estate Specialist (SRES). Tim has successfully negotiated a loan modification for a client and has been a professional short sale negotiator. Tim sells along the Los Angeles and Ventura County lines, “from LA to Ventura..”. Tim has been married 31 years, has 2 children, is a native Californian and has been a resident of the Conejo Valley since 1991.
View all posts by Tim Freund →
This entry was posted in Demographics, Economics, Home Buying, Home Selling, Real Estate, Thousand Oaks, Tim Freund and tagged Conejo-Valley, Economics, inventory shortage, real estate trends. Bookmark the permalink.

1 Response to What The Heck Kind Of Market Is This?