Happy Holidays: Real Estate 2016, What You Can Expect

As we move into 2016 there are many questions hanging over the real estate market, both locally and nationally.  The impact of certain events and behaviors of certain policy makers leave plenty of room for changes in direction, but I’m going to go out on a limb and try to shed a little light on what I think is going to happen, and hopefully spread a little holiday cheer as 2015 draws to a close.

The most often discussed event casting a shadow of uncertainty over the market is the impending rise in interest rates.  Let’s get something straight right now: rising rates do not necessarily cause a slowdown in the real estate market. In fact in moderation, rising rates are a boost to real estate values and the market in general as people who have been sitting on the fence about buying or selling, choose to accelerate their plans to “Get in before the rates go up further.” 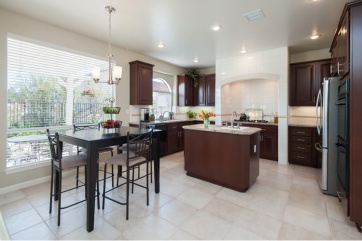 (Find a home here today!)  Moreover, it is a common misconception that higher rates drive prices down.  The thinking is of course, that higher rates mean higher costs thus lower affordability and that means prices have to drop.   While it is true, higher rates mean higher monthly payments and therefore lower affordability, lower affordability is offset by higher incomes.  Ask yourself this, why do rates rise?  Answer: Inflation.   What is inflation?  Rising prices, rising costs.  Rising prices include real estate and rising costs include the cost of labor.  Thus rising wages offset higher interest rates… to a point.  Naturally, moderation is the key phrase here but modestly rising interest rates and moderate inflation do not a market kill.

Here’s a concept:  Globalization and international currency relationships effect rising interest rates.  Let me explain.  Unlike decades ago where every economy was an island unto itself, today investors from economies all over the world are chasing return on investment and greater yield.  They are looking to any and all nations to find that safe return and where is the safest place to invest your money?  No place is safer to invest than the U.S.

So what happens when the U.S. has a better rate of return than other developed nations?  People buy U.S. Treasuries.  In Germany for example, the 10 year bond pays sub 1% and in Japan it is a negative number, meaning if you want to buy a government bond in Japan, you actually have to pay them.   So what is going to happen when the U.S. Federal Reserve begins raising interest rates, offering a higher and safer rate of return while other developed nations?  Investors will flock to U.S. Treasuries, even more than they do now.  And what happens when demand increases but supply doesn’t follow?  Prices go up and when the prices of bonds go up the yield, which moves in the opposite direction, goes down.  This means that even as the Fed raises, interest rates go lower or stay flat.  So even if the Fed raises, rates will likely move only moderately as demand increasingly exceeds supply.

Speaking of affordability, have you taken a look at rents recently?  I can only opine on areas that I know firsthand (Contact Tim Here), however my perception is that rising rents are not a phenomenon unique to Southern or for that matter Northern California.  In Los Angeles, rents consume the greatest percentage of income of any city in the country.  That’s right, a higher percentage than New York or San Francisco.  Why?  Because in LA people earn less than the Bay Area or NY Metro and so while the average rent for a unit is lower in LA, rent uses a greater % of people’s income to pay.  But higher rents increase demand for purchasing because purchasing provides a lower housing cost on a monthly basis than renting.  I suspect areas that have lower wages are experiencing a similar phenomenon and their rents are rising relative to their local wage growth.  Increased demand equals rising prices, so long as the supply remains tight.  And it is tight.

So let’s talk California.  Where are all the new subdivisions?  They aren’t as common as in years past.  This is in part due to a shortage of raw develop-able land, environmental constraints etc., but also because builders just haven’t building like they used to, at least not yet anyway.  Complicating our tight inventory is the fact that from 2008-2013 it has been estimated based on historical population and building trends, California is nearly 800,000 units of housing short.  In other words, we didn’t build nearly as many homes when there were mountains of foreclosed properties as normal.  Demand was scant during those dark days so who would be building?  However as the economy improved and demand resumed, we find really miss all those units that would have/should have normally been built during years that encompassed The Great.

Demographics.  Much has been made of the Millennials and their slowness to come into the real estate market.  Well it’s now happening.  Better late than never and boy is it coming.  As the millennials move into family formation and home ownership, they being the first generation larger than the baby boomers, are putting tremendous pressure on available inventory.  This trend is going to continue for years to come.  It’s been said that Millennials want walkability and neighborhoods.  They want urban and not the mansions of the suburbs that their parents wanted.  That’s what people believe anyway.  But here’s the thing about that: While it is true that the Millennials may want those things today, it is highly unlikely in my opinion that they will want those things 5 or 10 year from now when they are having kids and looking for quality schools.  Bring on the Burbs!  The Millennials may not want what their parents or grandparents want today, but what young person does?  So does that mean they never will?  Highly unlikely.

Ultimately the real estate market will have appreciative gains and then give backs.  This is the ebb and flow of real estate.  This is the nature of all markets in all commodities.  The shortage of supply and the ever increasing population will however, culminate in rising real estate values in both the near and the long term.  Interestingly, do you know who recognizes this better than most Americans?  Everyone else.  The Europeans, the Chinese, the Russians.

They are coming to the United States and buying premium properties and paying premium prices because they understand what we in America often forget: There is no better place in the world to live and no safer place to invest than right here in the good ‘ol U.S. of A.  So that’s my stocking stuffer of 2015, real estate is going to keep rising.  It will go up, perhaps drop only to go up again, because that is what it does, what it’s always done and what it will always do.  Like Mark Twain so famously said, “Buy real estate because God ain’t makin’ anymore.”  Let me leave you with this saying you’ll find at the bottom of every email I send: “You don’t wait to buy real estate, you buy real estate and wait.”  And that, is some good holiday cheer indeed, wouldn’t you agree?

Tim Freund has been a licensed real estate agent/broker since 1990. He spent 14 years as a new home sales rep, ran his own boutique resale brokerage for 5 years and is currently an Estates Director for Dilbeck Estates/Christie's International Estates in Westlake Village, Ca. Tim is a Certified Residential Specialist (CRS), an Accredited Buyer's Representative (ABR), a Corporate Mobilty Specialist (CMS) and a Senior Real Estate Specialist (SRES). Tim has successfully negotiated a loan modification for a client and has been a professional short sale negotiator. Tim sells along the Los Angeles and Ventura County lines, “from LA to Ventura..”. Tim has been married 31 years, has 2 children, is a native Californian and has been a resident of the Conejo Valley since 1991.
View all posts by Tim Freund →
This entry was posted in Real Estate. Bookmark the permalink.